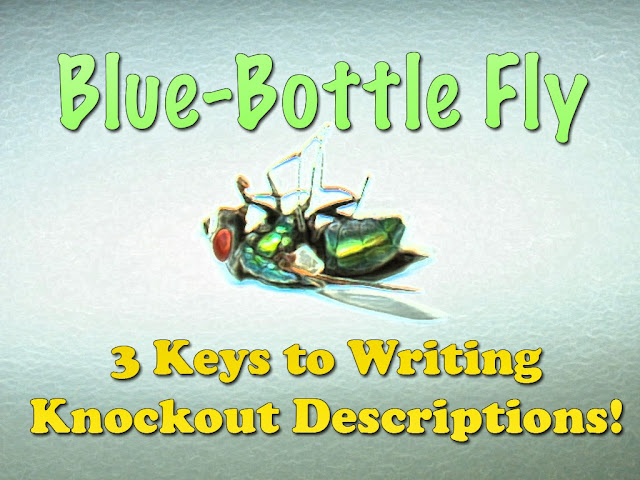 "The first few doors they tried led only into spare bedrooms, as everyone had expected that they would; but soon they came to a very long room full of pictures and there they found a suit of armour; and after that was a room all hung with green, with a harp in one corner; and then came three steps down and five steps up, and then a kind of little upstairs hall and a door that led out on to a balcony, and then a whole series of rooms that led into each other and were lined with books - most of them very old books and some bigger than a Bible in a church. And shortly after that they looked into a room that was quite empty except for one big wardrobe; the sort that has a looking-glass in the door. There was nothing else in the room at all except a dead blue-bottle on the window-sill."

excerpt from The Lion, The Witch, and the Wardrobe
by C. S. Lewis 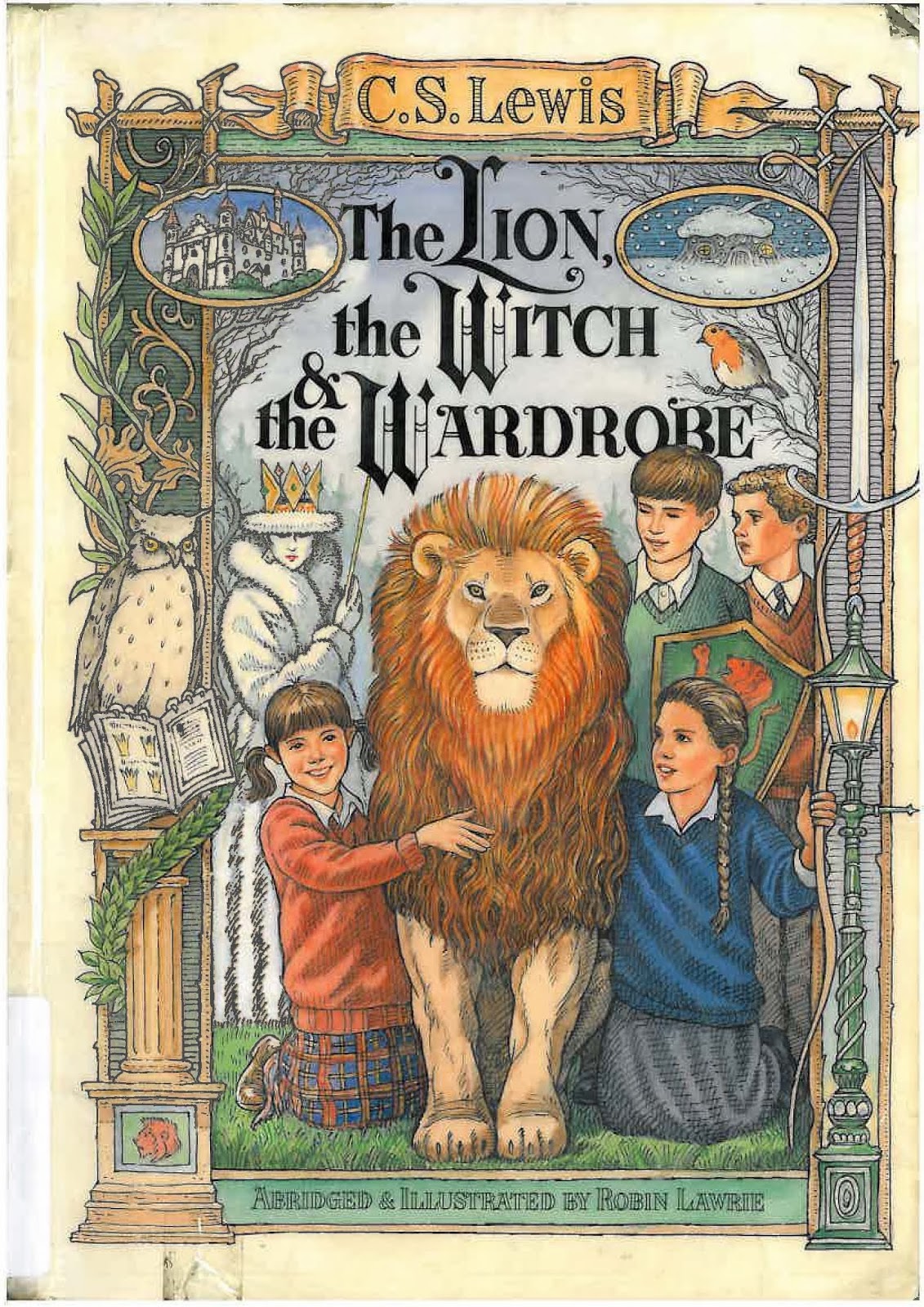 It's one of the most basic parts of writing, taught to us in elementary school through such mnemonics as "Use all five senses!" and "Adjectives!" (Ironically, when you get older, suddenly the rules change and the latter isn't desirable after all--I've never understood this inconsistency.)

Description is a skill in which a writer can either shine or fade. You absolutely must have it to some extent, unless you're lucky enough to write picture books and can portray most of your description through pictures. Outside that, the rest of us are resigned to thinking of clever new ways to talk about lamps and sofas, or how to originally describe a doctor's waiting room.

Description shouldn't be a chore for either the writer or the reader. If you're bored writing a description, then chances are your reader will be bored with it too. But if you strip away descriptions, your world and your story will feel unfinished, a bare-boned scaffold standing where a complete building should be. It's the description which brings a world to life, whether that world is a vast continent enwreathed in magic and fantastic lore or a simple bedroom in a tiny apartment in Brooklyn.

Here's how you can both enjoy writing descriptions and ensure that your reader will sink into them as contentedly as if they were a bed of down and silk.

The Devil's in the details.

It's easy to go too far. I am perpetually tempted to obsess over every detail in a description, and the result is excruciating, overweight paragraphs like this example:

"The walls were lined with paper depicting tiny rocking horses, but parts of it had been ripped away. The wall beneath was dark red, the color of dried blood. A crib sat in the corner, covered with cobwebs. A mobile hung over it, and the stuffed planets that once spun in a merry orbit now leaked cotton into the crib and smelled of mold. An old Persian rug, its corners nibbled away by rats, spread over the creaking wood planks of the floor, and there was a lump under one corner that I had absolutely no desire to investigate. A dresser sat against the wall to my left, its cherry wood top lined with an inch of dust and the photographs sitting on it, in their tarnished silver frames, had long ago faded, but a few ghostly faces still peered out, their eyes unblinking and their faces grim. There were two chairs, both hard and unreliable-looking, as well as an old toy box painted with hot hair balloons and a single wicker basket filled with dusty yarn. A knitting needle stuck at an angle from one of these, as if it had been stabbed there, the final act of the homicidal Victorian nanny who had haunted these hallways so long ago."

If you ended up skimming most of that, I wouldn't blame you--and this was just a tame example of the kind of overwrought description I'm talking about. Too many details weigh down your story and instead of making a world come to life, it overwhelms your reader and overtakes your narrative. Ever read Moby Dick? It's like that. Maybe those kind of descriptions floated in the 19th century, but not anymore. Readers don't have time for that!

In the above example, I ended up writing a few descriptions I kind of liked and would keep in the story. This is where I'd go back, cross out two-thirds of the paragraph, and present the reader with two or three crisp details.

The rest I'd leave to the reader's imagination.

I love this quote by Stephen King:

“Description begins in the writer’s imagination, but should finish in the reader’s.”

from On Writing, by Stephen King

What makes reading such a personal experience is the reader's imaginative investment in the story. Don't steal that from your audience by giving them every single detail. Going back to the excerpt at the top of this post, I want to point out what Lewis did to make his descriptions so powerful--but so concise.

This is what I tell myself every time I catch my descriptions dragging on. Cut back, focus on one to three details and no more.

In his description of the rooms in the Professor's house, Lewis doesn't list every item in every room, thankfully. Instead, he draws out one or two significant details for each: the suit of armor, the harp, the books "bigger than a Bible in church." And last of all, the room with the wardrobe! And a dead blue-bottle fly on the windowsill.

Of course, we all want to know about the titular wardrobe, but I want to talk about the blue-bottle fly.

Exercise time! Read that last part of Lewis's description, then close your eyes, and imagine the room. Imagine you, like Lucy, have just stumbled through the door and are now looking around, taking it all in: the floor, the ceiling, the walls, the wardrobe, the blue-bottle fly. What does the room smell like? What sort of light is there? What does it make you feel? Now open your eyes.

When I first did this exercise (years before the movie came out!), the room sprang to life in my mind. Light streamed through the window, over the dead fly, and there were dust motes dancing in the beams. The room smelled musty like an old attic, but also like cedar. It would have been easy for Lewis to leave out that last little detail, but by putting it in, the room becomes three-dimensional. It feels old, forgotten. And, cleverly, it draws attention to the wardrobe by teasing your attention away from the wardrobe. It makes the reader say, "Yes, I see the blue-bottle on the windowsill--but let's get back to that wardrobe!" Like when a camera pans across a scene, you spot some important detail, but the camera keeps going--before stopping, reversing, and going back to the thing you saw.

The blue-bottle isn't an idly dropped detail--it's an hors d'oeuvre of the finest quality. It whets the reader's appetite, inviting the reader to invest into the story, to add his or her own details to this room. It says, "Here are the dots--now fill in the lines."

It took less than a sentence for Lewis to entice his readers, to invite them to invent the story alongside him--and that is the magic of reading. A good description doesn't bash the reader over the head with every detail; it says, "Here's a little bit, now you do the rest." Once you focus on a single detail or two, it's time to really make those details pop. It wasn't just a dead fly on the windowsill of that wardrobe room--it was a blue-bottle. Specificity is key in making a detail go from humdrum to unique. That's not a just a tree outside your window--that's a sugar maple. That's not just a car mysteriously parked down the street--that's a '67 Chevy Impala. Make your details count. Make them rich and memorable, not by drawing them out over a paragraph, but by being as specific as you can.

Specificity makes details interesting. This is extremely important and your readers will love you for it. Bland, categorical details like "tree," "car," or "book," feel one-dimensional and monochrome. Fill your world with color and depth by highlighting the uniqueness of your details. The smaller you get, the closer your focus the zoom lens of your writing, the more interesting the details become. Sort of like with an appetizer--serve your guests too much before the meal and they won't want dinner. Give them just enough to make them hungry, just enough to make them want more--and you're golden! Now--this is very important!--make your details work double-time. This is a prime opportunity to show, not tell, some facet of your character or setting. Let's say your MC walks into his best friend's room and sees a stack of magazines in the corner, and that's one of your 1-3 details. Okay, fine. But what kind of magazines are they? This one detail will tell us reams about what kind of person the best friend is. Are they Playboys? Are they New Yorkers? Are they National Geographics? The answer will stick in the reader's mind and help shape their opinion of that character, so choose wisely!

Don't tell me your villain has tattoos and leave it at that--I want to know exactly what they are and what they mean to him or her. Don't tell me your MC grabbed lunch from the cafeteria--tell me whether she grabbed a vegan sandwich or a plate piled with fried chicken. These details are easy ways to bring characters to life without telling me in bland sentences that she's a vegan with tattoos. Often we mistakenly think that in order to show vs. tell, we have to put all the details in dialogue. Wrong! Here is an even more effective way of "showing," while describing at the same time.

1) READ. Grab three favorite books from your shelf. Find three descriptions in each of them and note what details the author includes and what details he/she leaves up to you.

2) WRITE. Now get out paper. Describe the room you are sitting in, focusing on as many details as you can. Leave nothing out. Detail every piece of furniture, the objects on them, the floor, the walls, the lighting, the smell. Don't hold back.

3) APPLY. Now begin weeding out the excess descriptions that you just recorded. Whittle your sentences down until you have two or three compelling, interesting, specific details about the room that not only give me a clear picture of the room while inviting me to add my own imaginative twist to it--but that also tell me something about you. Next, do the same thing--to your current WIP.

1. Keep it simple
2. Be specific
3. Make your details count twice

Comment!
In the comments, tell me about a detail you read in a story that has stuck with you long afterwards. Why do you think that detail is so memorable? 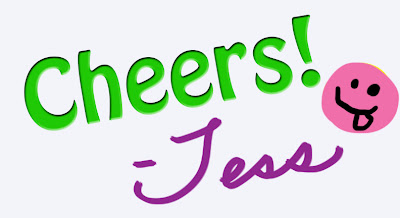 Posted by Jessica Khoury at 1:30 PM