Letting Go: when to bid your novel farewell 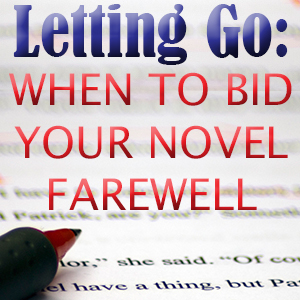 Every serious writer has had to do it, myself included (on multiple counts). Letting go of a manuscript is never easy; it's like breaking up with someone you love, or thought you loved, or really, really wished you could love. You've been through that enchantment phase, the honeymoon days, everything starry and new and filled with possibility. You might have had a few fights, might have made up a couple times, muscled through the rough patches. Maybe you still feel like you're on that first date, and though you want it to work out, you're already seeing signs of trouble. 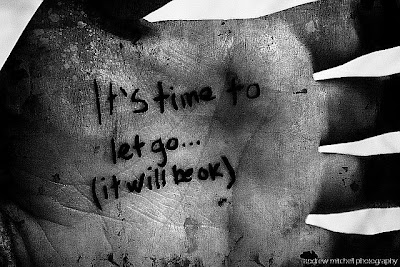 I've had to let go two complete novels and many, many false starts. To continue the dating analogy, I've broken off two serious relationships and ended countless flirtations after only one or two dates. But knowing when to say goodbye is usually never simple. It's not like you wake up in the middle of the night, sit up straight, and gasp "I've got to let it go!" At least, not for most of us.

The feeling that it's TIME is a gradual revelation. Most writers (and here I raise my hand) don't notice the warning signs until too late--or try to justify them too much. Like that guy who opens the car door for you on the first two dates, then never again. Or that girl whose texts get shorter and fewer. And we say, "Well, maybe it's nothing... just a bump in the road..."

And yes. There are bumps in the road. I doubt many of us have ever written a whole novel without at least once getting discouraged. We all have to muscle through the "muddle," that slushy, gray no-man's land between the beginning and the end of our story. We all run into "plotholes" in the road, or run out of gas. There is no perfect relationship, with man, woman, or WIP. The trick is identifying which projects are worth fighting for--and how long--and which ones should be given their luggage and shown to the door. 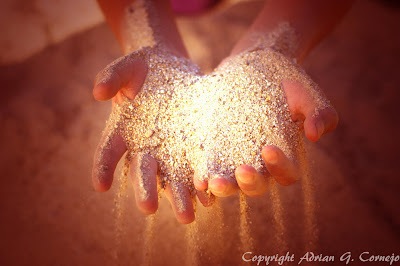 Here are some warning signs I myself have come across in my writing--signs you, too, may have experienced. Maybe you're trying to ignore them (like I did) or maybe you're just looking for confirmation that yes, indeed, it's time to say goodbye. Wherever you are with your writing at the moment, take a few minutes and ask yourself, "Are any of these warning signs popping up on my writing journey?"


1.Boredom.
It's just not fun anymore. This is a common symptom I get when I'm just starting out on a project. One day, probably while vacuuming or hiking, I get hit with a gleaming, screaming, Technicolor idea. Goosebumps. Increased heart rate. Swoony, moony eyes. Check, check, check. For the next few days, maybe a whole week, I'm lovestruck. I make a powerpoint of the characters, complete with photos and descriptions. I doodle cover art. I have visions of my new amour bedecking bookshelves across the nation.

Then, slowly, almost cruelly, that initial enchantment fades. I still like the idea, and I want it to work. But then come the plot holes, and the muddly middle, and there are those five or ten or fifty people I shared the idea with, who are waiting to see what will come of it... But it's just not fun. The life is gone. I'm bored with the characters, bored with the plot, bored with the premise. I don't want to be, but I can't help it. The shininess is rusted over. If no amount of plotting or staring at that Powerpoint won't bring back the same lovesick fervor I initially had, then it's time to let it go.

Ask yourself: Am I bored with my WIP?


2. Frustration.
The pieces just won't go together. This will probably happen with every book you write, so don't take the first sign of frustration too close to heart. What I'm talking about here is the frustration that goes on for days or weeks. Plot holes keep getting deeper, no matter how much dirt you shovel in them. Characters won't get along, won't fall in love, or sit in the corner with arms crossed and refuse to move. The whole thing feels like a crumbly, groaning, too-many-sharp-points train wreck. You feel like you're throwing yourself relentlessly against walls that will never give way.

At this point, all spontaneous, organic creativity has stopped, and you've become that proverbial square peg aiming for a round hole. Everything--characters, plot,  voice--is forced. A word of advice from one who's been there many times: if writing the novel feels like swallowing cereal made of nails and broken glass, reading it will be worse. Constipated writing is bad writing. Let it go.

Ask yourself, Has my writing gone from organic to forced? (Often, taking a break from that WIP and working on another, or just taking time off to read and enjoy other activities, will loosen up those clogged pipes and surprise you with solutions you hadn't considered before).

3. It won't sell.
I love my book; why doesn't anyone else? This is probably the hardest break-up to swallow. You still have that initial enchantment with your novel and you've managed to get past all your frustrations. You've polished it down to the bones, said all the right things in your query letter, maybe even gotten a few nibbles. But months go by. No agent calls. No publisher mails you a contract. You have enough rejection letters to wallpaper the school gym. But you still believe in the book--how can you possibly let it go?

This is where I was with a novel I'd spent four years writing. I still love that book, and I still think it's worth publishing. But after months of querying and only one request (which ultimately turned into rejection) I did the terrible, unthinkable deed: I let it go. I moved on. It hurt. Still kinda does. But it just wouldn't sell.

Now, some people will tell you to keep at it. That if you keep sending queries for months, even years, eventually you will get an agent or publisher. Mmm, okay, there are a few stories like that out there. But I would dare to suggest that if a book doesn't get picked up after three to six months of querying, it's gonna be a hard sell even if you do get an agent. Doesn't mean you've failed as a writer. Not by a long shot. It means you now have the opportunity to step back and see what's not working. Get feedback. Honest feedback, from people you trust and who know the market. The problem may not be your book at all; it could just be the timing and the current publishing climate. Or maybe it's a great, even publishable novel--but it's not a debut novel. You might need to make your literary introduction with something else, establish a readership, and then show your first love to the world. With my unsaleable novel, it was, I think, originality. The book was well-written, good characters, with twists on some of the old motifs--problem being, there were too many old motifs (easy pitfall with high fantasy, so look out).

Whatever the reason your book won't sell, the important thing is to move on and keep writing. I underlined that because it is just that important. I dread to think of writers who threw their whole heart into one book and, when it didn't sell, couldn't get up and move on. Writers whose dreams died with their novel all because they couldn't--or wouldn't--realize that it wasn't them who was rejected, it was just this one book. Don't take rejection personally. You are a writer. You are not one book. You have a multitude of stories in you. Write them. You're bound to write a few duds. I wrote two. Do I regret them? Not at all. I learned more from my failures than anything else. Few writing courses could teach you more about who you are as a writer than your own failed novels. Be proud of them. Talk about them. Learn from them. Don't regret them, and don't give up. And then move on.

The only reason my last novel picked up an agent and then a publisher is because I finally, with much heartache, parted ways with the novel that preceded it. You will never find the love of your life if you sit around mooning over loves you had and lost.

Ask yourself honestly, Am I holding on too tight?


Is it time to let go and move on? 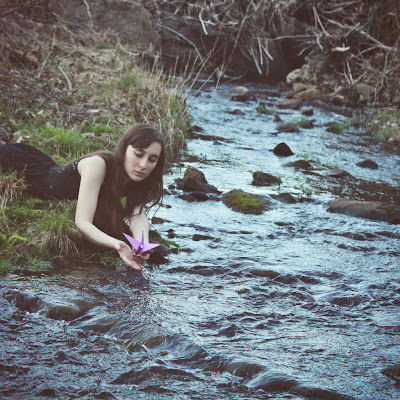