How's this for a cheery thought?


"What has been will be again,
What has been done will be done again.
There is nothing new under the sun."
Ecclesiastes 1:9


No, I'm not here to tell you any attempt at originality is doomed to fail; I'm here to offer a back door to it. Or maybe even a sewer pipe; you may have to crawl, you may have get dirty, but look at the bright side--no one's expecting you to come climbing up through the shower drain! And isn't that what originality is all about? No, no, not showers--stick with me here--but surprise. Unpredictability. Spontaneity. Originality.
If you're like me, you've probably had head-banging sessions over this word. And not the Rolling Stones kind. The literal banging-your-head-into-the-wall kind of thing. The pressure to be original in a world where there is "nothing new under the sun" can be agony--if you're trying to get through the front door.
But if you follow me through that sewer pipe--or back door, if you have a sensitive stomach--then maybe, after you've slapped on a few band-aids, you can save yourself and the wall a lot of needless pain and step into a future positively shiny with new possibilities.
Okay, disclaimer: this isn't some kind of new idea; it's been done before, many, many times by many, many people in literature, film, television, Glee, and everyplace else. Which is exactly why I'm bringing it up now. It works.
The mash-up.
I have a deck of cards. They don't feature stoic queens and kings who look in dire need of some Pepto-Bismal; they feature genres. I have a card for steampunk, and western, and post-apocalyptic, and dystopian, and farce, and forbidden love. Sometimes, when I'm bored, I take them out, shuffle them, turn them all face down, and play Match.
The results can make me cringe, laugh, and--sometimes--gallop across the room to the computer, where I can set the magical pair down in the stone of MS Word.
The thing is, this can work with practically anything: movie titles (How to Lose a Guy in 10 Days meets Alien, anyone? Or how about The Godfather meets Toy Story? Meh...) books (God forbid, do not say Twilight meets The Hunger Games), or heck, even people, places, and times (Marie Antoinette in 1940's New York)! Okay, the mix-ups won't always work, and sometimes they just plain stink, but the potential here should be invigorating to anyone with pen, paper, and a little imagination.
I know you are all very intelligent people, so I know you can see what the point of all this is. But for those of you who just love zingy one-liners which crisply summarize everything pizzazzily (yes, it's a word--I just invented it), here you go (no promise of zinginess or pizzazz): If you want to be original without the agony of being original, try a mash-up.
And then imagine the glorious tones of James Earl Jones (Trekkies, don't shoot me, but honestly--who else could it be?) booming across a starry night sky: Mash-ups... the final frontier...
And off you go.
Oh, and always keep in mind: There are some mash-ups which should really never, ever, ever be let out to roam free and terrorize the general populace: 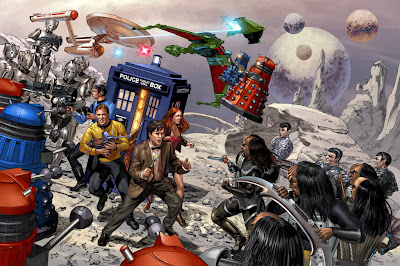 It's time for a much-needed post, I think. I haven't been lazy, you should know, just busy writing, editing, and now querying Perfectly Pia. And the worst thing about querying is the waiting. Well, I guess it's not that bad, since it means I now have time to do some blogging.


Anyway, today I want to throw out two books to all you writers out there. If you've been writing for a while and frequently browse the writing section in your local Barnes & Noble, you'll recognise the titles. These are, in my opinion, the best two books on writing you could find. And any self-respecting would-be author should probably not write another sentence until these two books are thoroughly read. I did take a two-day break from writing to read them, and wish I'd read them years ago. They'll change the way you write and the way you think about writing in wonderful ways.


The first is the timeless classic The Elements of Style, by Strunk and White: 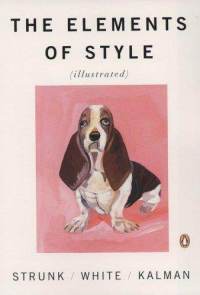 This glorious little tome is the remedy to weak or uninteresting prose. It's short, sweet,  unapologetic, and cuts to the bones of writing. Categorized into useful chapters and numbered rules, Elements is a quick read and an easy book to come back to for quick references, and pretty much any writer who is going to recommend to you the best book on writing is going to recommend this one. My favorite rule from Strunk: OMIT NEEDLESS WORDS. 'Nuff said.
Speaking of writers who recommend Elements, one of these has also written a fabulous book on writing called, well, On Writing. 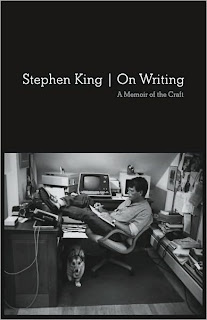 The first section of this book is actually King's memoir, in which he focuses on the events in his life which made him the writer he is. You may be tempted to skip this section, since, after all, we're writers and barely have time to write, let alone read someone else's biography. But before you skip ahead to the good stuff, give the memoir a try. It'll suck you in, a tendency King seems to have in his writing. And often it's laugh-out-loud funny. Most of the book does deal with writing, and King's approach is the most humble, honest, and passionate I've seen from a writer talking about his craft. King has a unique and enviable way of making you feel like he's sitting across the table from you with a cup of coffee, just talkin', you know, bein' folks. His conversational tone is addictive and makes what looks like a massive book fly by in a couple of hours. I enjoyed every minute of On Writing, and know I'm a better writer for having taken the time to read it.
So my advice to you? Get them (borrow if you must, but I suggest buying so you can come back to them again and again), read them, and keep a highlighter very close to hand. You'll need it.
Posted by Jessica Khoury at 6:06 PM 5 comments:

I understand I have not posted in several weeks. :(


Just a note to say I'm not really slacking off. I've just been nose-deep in writing. Perfectly Pia is within days of completion, and in order to have it ready to pitch at an upcoming conference (to fabulous agents Jenny Bent and/or Miriam Kriss fingers crossed!) I have devoted all my time to writing like a fiend.


Apologies for the negligence; I will be back soon.


Jessica
Posted by Jessica Khoury at 12:46 AM 4 comments: