Yeehaw! It's a party of three--my computer, me, and a glass of freshly brewed Southern-as-can-be sweet tea.

What am I celebrating? I'm officially starting Book Two of the Thorn Chronicles! It's a thousand-words-every-day-and-more-if-possible campaign that should see the book finished in about three months.

So far? 1300 words. They'll probably all be rewritten, as it's been my experience that the first few chapters get the most revision work, but hey--you can't revise what ain't been writ yet.

I've sent 15 queries this past week. Whew! Gotten a few swift rejections :( but one very good response that's had my fingers, toes, and eyes crossed for a couple days now. Waiting on responses is killing me. So I have to fill my time. Thus, I've been working on planning the rest of the series and when I exhausted that, I decided to get on with book two.

Well, this post has taken me away from said writing, so I'd better hightail it on back to MS Word. :-'

I recently updated my website's poetry page! Until now almost all of my 250+ poems have been stored on a certain online poetry site that really went downhill in the past few years. The site got so bogged down in advertisements and just bad programming that I couldn't even get my stuff off of it. Talk about frustrating! Finally I was able to download my whole collection, thankfully, and so I was able to post a few on my site.

It's been a couple of years since I seriously wrote poetry. Ever since I started Heiress, prose has devoured my free time with the appetite Godzilla has for innocent bystanders. Looking back, most of my attempted poetry was total crap, but there are a few pieces that don't make me cringe when I read the first few lines, and some of those are what I posted.

Poetry is a good discipline every writer should at least try at one time or another. It stretches your descriptive powers, makes you think outside the box. It shakes up your rhythm and diction a little and can really bring variety to your prose, in my opinion. No room for cliches in poetry!

Posted by Jessica Khoury at 1:47 AM 3 comments:

So now I have to say 7 things about myself, 'cuz that's part of the deal apparently:

1. I have a pretty odd heritage: I'm part Scottish and part Arab!
2. Besides writing, I play soccer whenever I can get it. Kind of an addict.
3. In about two years my husband and I will be moving to Japan.
4. I am one of five redheads in my immediate family.
5. I have a maltese-beagle, whom I adore, named Sookie (after the Charlaine Harris books).
6. I've directed three college plays: Charley's Aunt, You Can't Take It With You, and A Midsummer Night's Dream
7. I have a weakness for buying books, and my collection currently tops 400 (mostly fantasy and sci-fi)
Posted by Jessica Khoury at 10:15 PM 3 comments:

It's torture. Especially when you've got a partial or two out there and all you can do is sit and gnaw your nails with impatience while the Powers That Be hem and haw over life's work.

So, in the meantime, I try to distract myself with these things:

They say it's one of the best. I read Bell's Revision and Self-Editing and emptied my highlighter onto its pages, so when I found his other book for 5 buck in an antique store I decided to go for it.

I saw this (same antique store, yeah) and thought "Hey! That's perfect!" Until I found the page that had to explain what an email was. My heart dropping, I flipped back to the front and found it was published in 1997. :( Normally not a problem, but then on the next page I was advised to never, NEVER send an email query to an agent. Huh? (O.o)7 Because, nowadays, most agents prefer email queries. *sigh* I guess this book will go on that bottom corner of the bookshelf I never look at again. :-/ 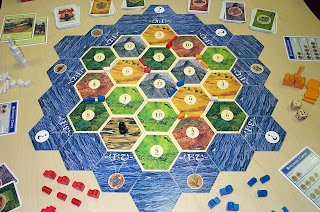 Because, honestly, is there a better way to spend your time?
I submit there is not.
Posted by Jessica Khoury at 1:04 AM 3 comments:

That is the question. Because I have read in multiple places from multiple professionals not to prologue. Yet it seems 85% of the fantasy books I open have a prologue! Now what am  I supposed to think? Well, I decided to prologue. It's short and sweet and hopefully enough to convince the reader to go on to chapter one. Here it is:

The first few days were the worst of the boy's childhood.
He screamed, he cried, he begged, and he lay as one dead on the floor of the stranger's cottage. Unanswered questions burned in Miles' three-year-old conscious like coals that refused to cool. Where was his father? Why hadn't his father come back? Who was the stranger, with his frothy white beard and callused hands? Why had his father left him with this terrifying old man in his endless garden? And most of all, when was he coming back?
One day, after the stranger had given him a trowel and told him to dig up some weeds along a garden path, he was flooded with another wave of terror and bewilderment. He crawled beneath a hedge in the palace gardens, watering the soil with tears. Body exhausted with sobbing, he descended into a mixture of whimpers and hiccups. His fingers clenched and unclenched the moist soil convulsively.
He saw something skitter and roll over the dirt and the leaves toward him, a tiny, bright blue marble that glimmered and sparkled. It stopped a few inches from his foot. He stared at it, his wet eyes entranced by his own reflection in the swirling depths of the little glass globe.
Suddenly a pair of knees appeared, then a pair of hands, and then his sanctuary was full of lace and golden curls and two eyes as blue and fathomless as the marble.
Those eyes met his own unremarkable brown ones, and the two children stared at each other with open and astonished curiosity. The little girl's hair was tangled in the bushes around her, but she did not seem to mind. She blinked at him one, two, three times, then looked down. "Aha! There you are!" She grabbed up the marble like a greedy crow snatching at a berry. She seemed about to retreat when she remembered the boy. She wormed closer to him, her blue eyes sharp and calculating. Finally she cried, "Ha! You've been crying!"
Instantly he scowled in preparation to defend his young ego, but she went on, "A princess never cries, little boy. I am a princess and I don't cry." She smirked, a proud expression which angered and intrigued him. He had heard about princesses before in stories. He had never heard about princesses who lived in rose bushes, however.
Then her face softened and she frowned at him. "I wish you wouldn't cry. It makes me want to cry and a princess must not ever ever cry. Here, have it. It will make you feel better. It makes me feel better to give it to you. A princess is always mag-ninny-mous. Detty tells me so."
"Rosamelia! Where are you, you little royal ragamuffin?" A grown-up voice intruded rudely on their conversation, and the girl pouted. "That is Detty," she whispered conspiratorially. "She is so bossy." Then with a toss of her curls and a scowl, she scooted herself backwards and was gone.
Miles looked down at the smooth marble in his hands, the swirling blue so very like the little girl's eyes. His fingers closed around it tightly and he tucked his fist, the marble cool against his palm, under his chin.
Rosamelia.
That was the day the boy fell in love with the princess.

Posted by Jessica Khoury at 1:17 AM 2 comments:

So I had a crazy moment of insanity and send my query to an agent. It is officially the FIRST QUERY I have ever sent out in my life (short story submissions to magazines don't count.) I am terrified. Feel a little queasy. Good grief, I hope they won'l all be like this. :/
Posted by Jessica Khoury at 4:51 PM 2 comments:

They tell me one of my greatest navigational tools for the journey to publication is the internet.  I said, "Hrm..." and raise a skeptical brow. But I am beginning to see the light--because of these two website I recently joined. Many of the sites I've looked at are just annoying and unhelpful, but these two really are useful and have already helped me a lot as I am now in the querying stage of The Heiress of Rhiangar.


www.querytracker.net is free and has a huge database of agents - and tons of stats and info on them I've not seen anywhere else. It helps you organize your queries as they go out and come back. It's basically my homepage now whenever I open up GoogleChrome.

www.agentqueryconnect.com provides some fabulous forums that are used by some really great folks with insightful comments and honest critiques. Already my query is waaaaay better and I've only gotten a few comments! I'm excited about keeping up with this site.
Posted by Jessica Khoury at 4:04 PM 2 comments:

I never thought I'd actually reach this stage. But I've redrafted The Heiress of Rhiangar (yes, I've gone back to the old title. Heiress was just too... harlequin) 6 times and that, in my opinion, is enough. I don't want to edit it to death. I grew curious today as to how much of Rhiangar is still original, organic writing - you know, the stuff that poured out for the first time and stayed that way. And with something of a shock, I realized only one scene is still even remotely the same as the first time I wrote it. Wow! So really, I've probably written the equivalent of two books. Sheesh. Well, it has been four years in the making.

Anyway, I hunted around the internet for good agent databases, and started out copy-and-pasting from AgentQuery.net. But then I came across QueryTracker.net and signed up for an account. Basically it does what I would have use three different programs to do - has a huge database of agents, let you build your own unique database of agents particular to your work, and then helps you organize and track your queries and submissions as they go out and come back in. Suh-weeeeet! :0)

Anyway, so I've got 42 agents in my database--geez Louise--and now, as I finish the final fine-tooth polish of Rhiangar, I'll also be focusing on my query.

Truth be told, the Query-monster terrifies me. Thankfully, I have many books and websites to hold my hand. :0)
Posted by Jessica Khoury at 11:35 PM 1 comment: