There and Back Again

Back when we were dating, I asked my (then future) husband to name the first place he'd go if he could go anywhere in the world. He said New Zealand, and I knew then that we were soul mates--because I would say the exact same thing.

Finally, this December, we were able to go! Here are a few pics and stories from our amazing trip. I absolutely fell in love with this country, not only for its awe-inspiring scenery, but also for its welcoming people. I've never been in a country where everyone, from shop owners to bus drivers, seemed so happy to meet (and assist) hapless tourists.

So here are some of my Top Moments from New Zealand.


HOBBITON
Okay, so I'll admit it--when I saw Bag End I started to cry. It was surreal to walk through Hobbiton, with all the props and gardens left as they were in the films, as if the hobbits were simply just around the corner, out of sight. 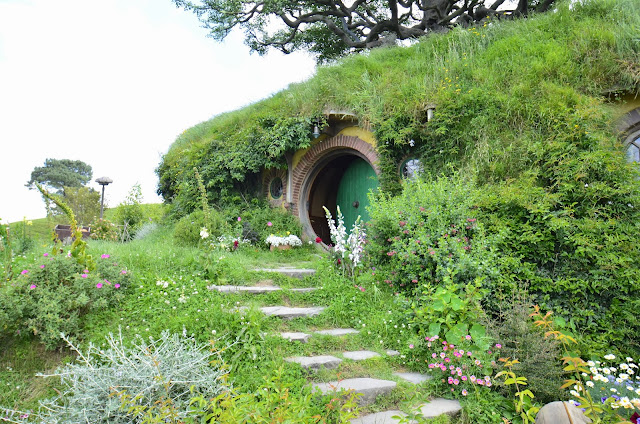 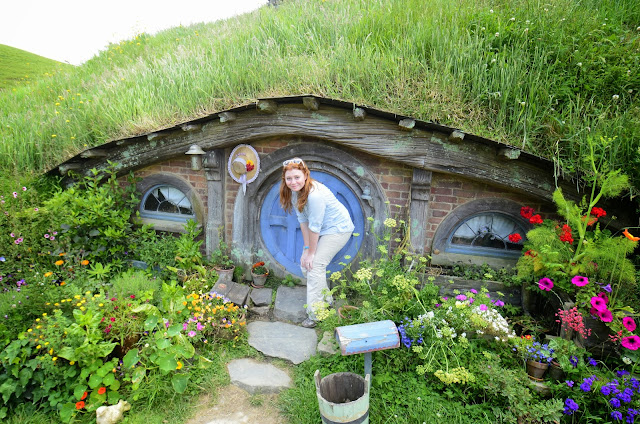 SPERM WHALE
Thar she blows, cap'n! My three hour whale-watching tour all came down to three minutes of Whale Bobbing On The Surface Before Submerging, but it was still pretty cool to see. 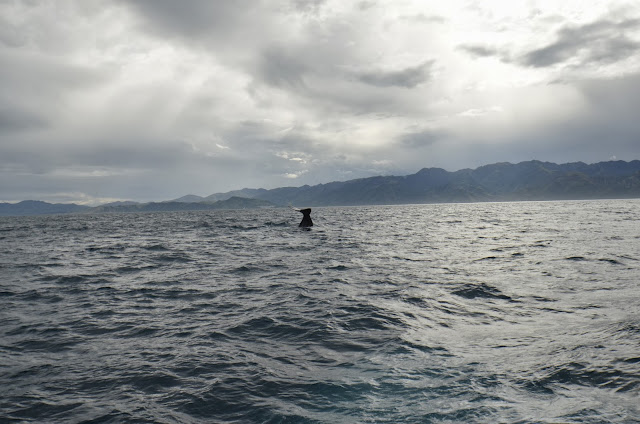 SOUTHERN ALPS
This was in Aoraki National Park; the trail leads to the foot of Mt. Cook, NZ's highest mountain. Do those mountains look familiar? That's because they're the Misty Mountains from the LotR & Hobbit films! 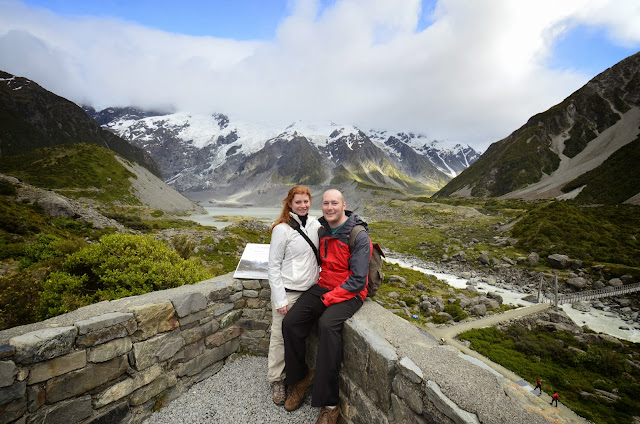 THE MILFORD SOUND
Ranked as one of the world's greatest sights, the fiords in NZ are spectacular. It's impossible to describe the immensity and grandeur of the mountains rising around you, enwreathed in clouds and mist. Despite rain and heavy cloud cover, I was left breathless by the view. 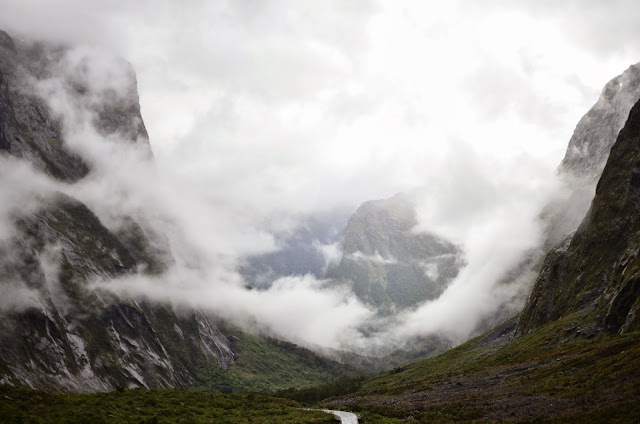 This waterfall is three times higher than Niagara. 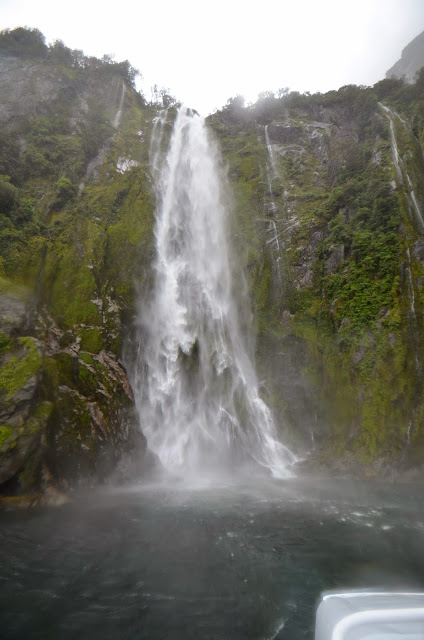 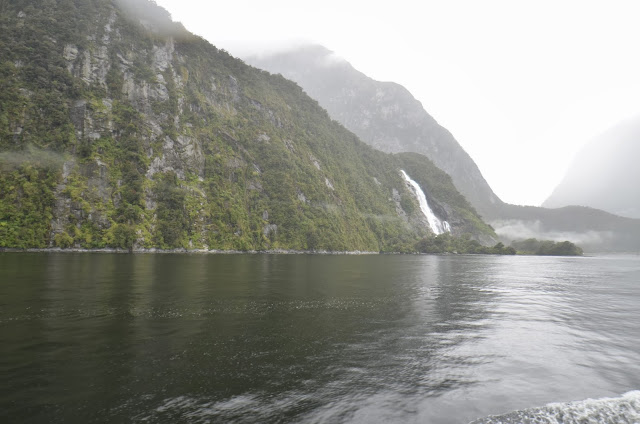 GLOWWORMS
So we went into a cave and saw glowworms. Imagine being in utter, complete, consuming darkness--only to look up and see what look like pale green stars scattered a foot overhead. It was eerie and beautiful and strange, and I wish I could show you a pic, but photography wasn't allowed. So here's a pic of the sunset we saw when we finished the cave tour! Still pretty. 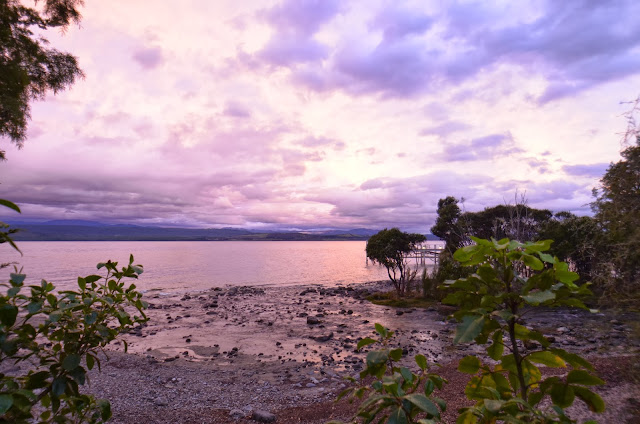 LIONS
At the Orana Wildlife Park in Christchurch, I had the unique opportunity to go inside a cage on the back of a truck and witness a lion feeding really close up. As in, I came out with lion spit all over me. Random question: is it really a good idea to teach the lions to associate humans in a cage with tasty hunks of meat? Not sure. But common sense aside, it was fun. For us, and the lions too, I believe. 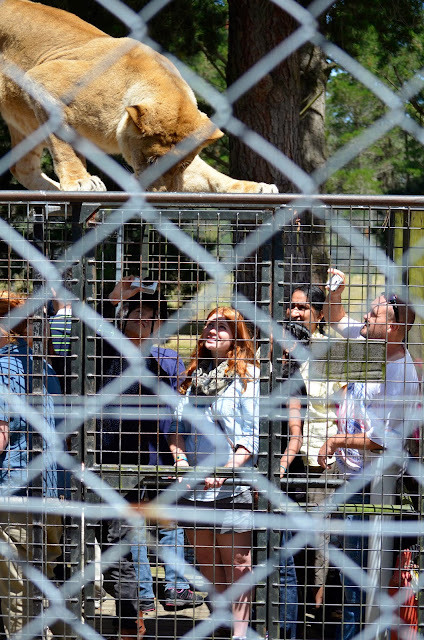 CANYONING
It's like all of the things rolled into one: abseiling, hiking, zip lining, rock climbing, swimming, jumping, falling down...So much fun. 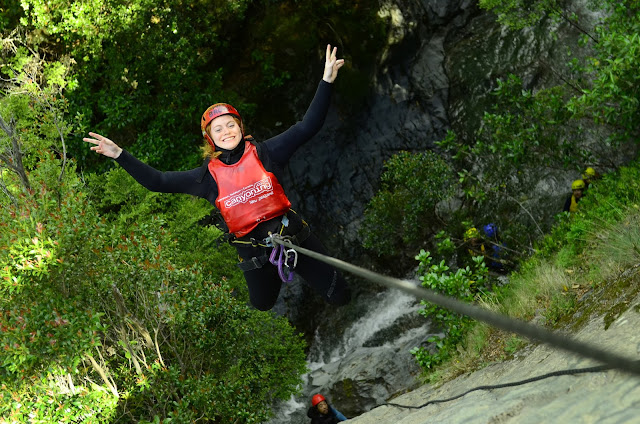 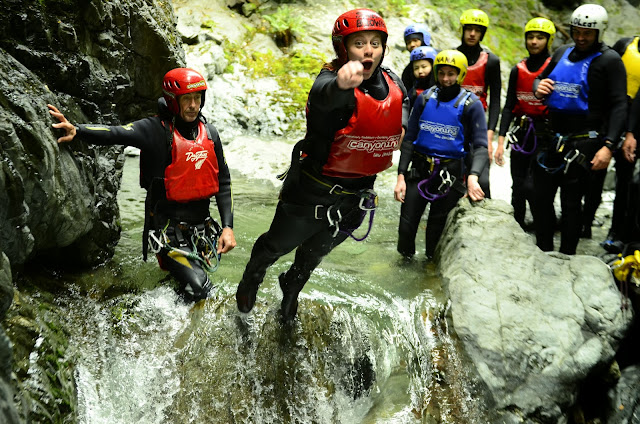 WATER
Water, water, everywhere. I don't know if this is indicative of NZ year round, but the place was positively dripping. It rained nearly every day of our three-week trip, and simply became a part of life. And the lakes, rivers, and bays are all this incredible blue-green color that I never tired of seeing. 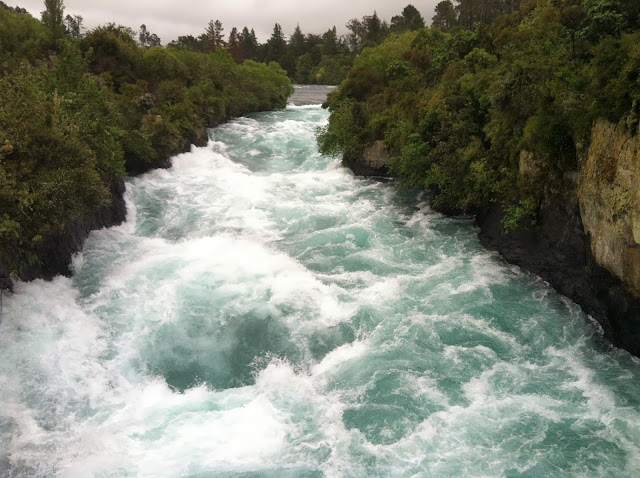 TONGARIRO CROSSING (aka MORDOR)
Ranked as one of the world's top day hikes, Tongariro was... many things. Challenging, as we hiked it in the rain (in this photo, we'd hiked above the rainclouds and got this very brief view of Mt. Doom--yes, Mt. Freakalackin' Doom). Breathtaking, because for one, the views--when we got them through the rain--were astounding, and for two, because you're climbing a friggin mountain and being blasted with freezing rain and winds strong enough to knock you off your feet when you're standing on a precipice looking down into nothing but cloud and empty air. But hey. I can now say I've simply walked through Mordor (though "simple" would be a slight understatement). 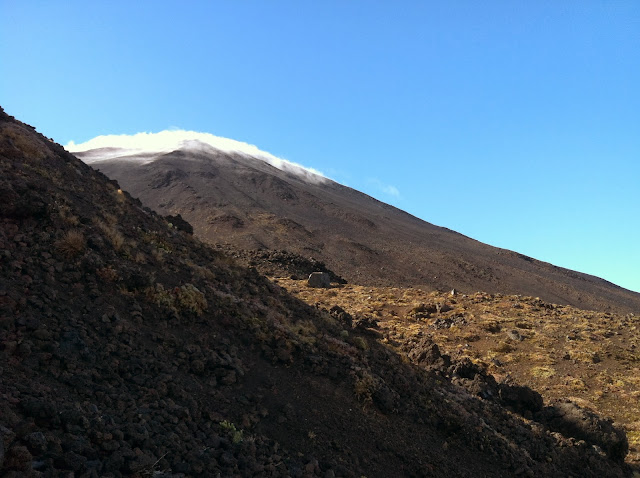 LAKE TEKAPO
This was one of my favorite stops. The lupin blossoming everywhere was so pretty (you'll see it briefly in The Hobbit: DoS), and Mt. Cook in the distance was just amazing. 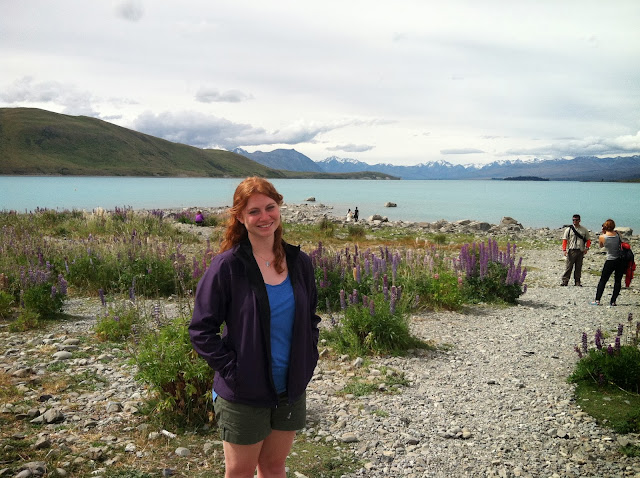 LAKE PUKAKI
This was my favorite lake. We camped right on the shores, and had this incredible view to feast on. It was the blue-est (and coldest) lake I've ever seen (and swam in). 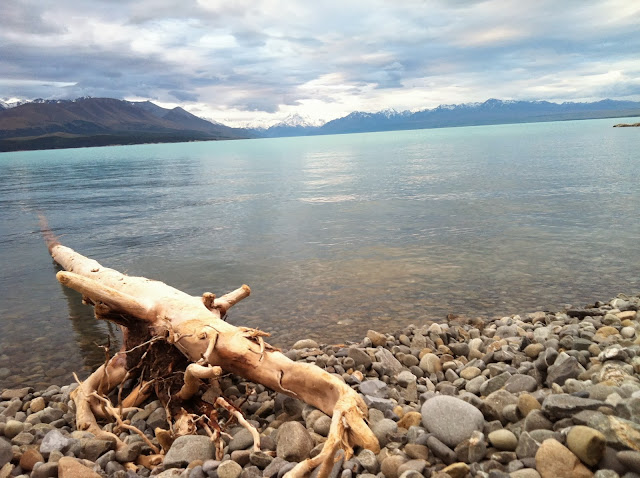 DUNEDIN
In the "Edinburgh of the South," I wandered through several cathedrals. When I stepped inside them, I felt I'd stepped back into England or Germany. 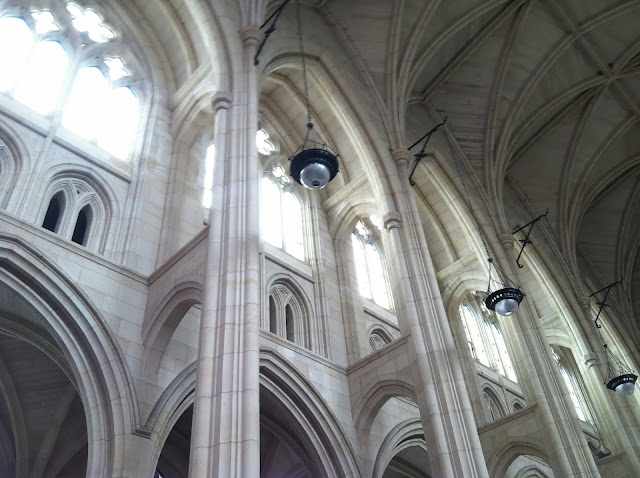 FIELD WHERE SOME LotR BATTLES WERE FOUGHT
I really have no other name for it. 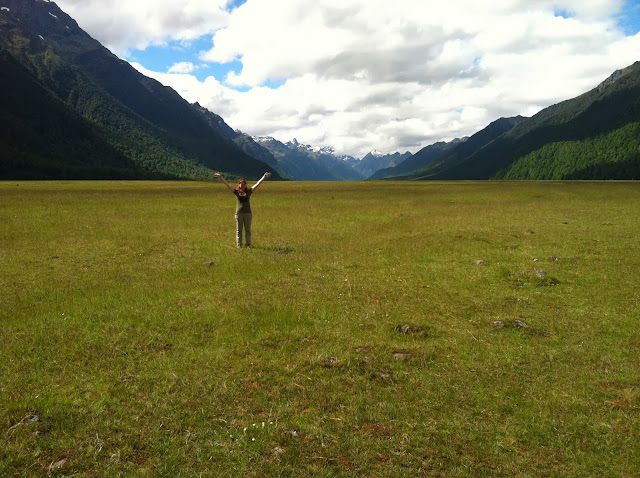 THE CHASM
This is heading into Fiordlands National Park. I'm pretty sure the jungles were infested with velociraptors, but unfortunately I was unable to capture one on camera. 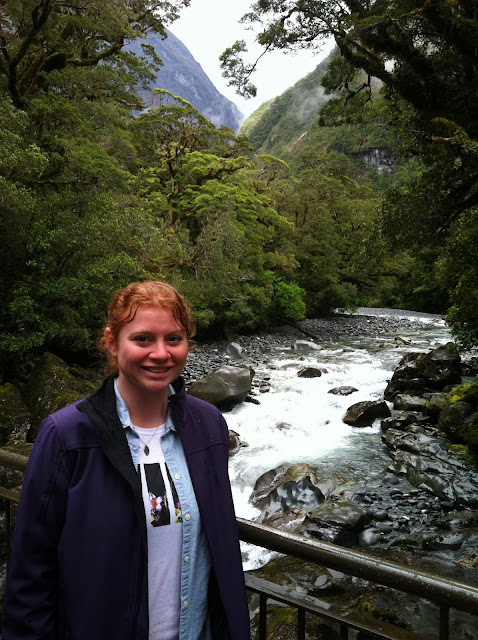 WHITEWATER RAFTING THROUGH ROHAN
The Rohirrim's favorite method of transportation, after horses. No but really. At a certain point in The Two Towers, you can freeze the film and see two tiny whitewater rafts in the river, right in the middle of Rohan. Oops. 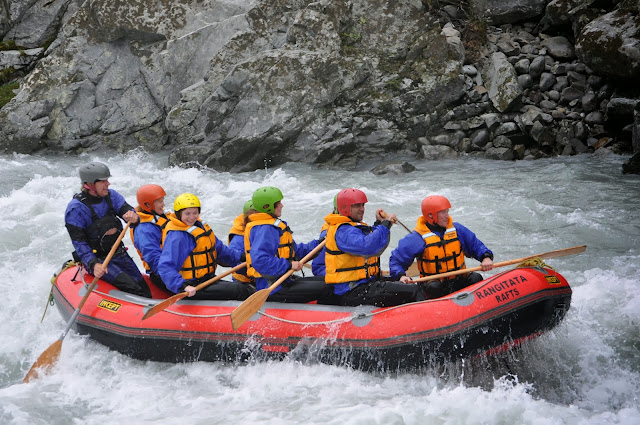 QUEENSTOWN
The coolest little city I've ever been to. The place runs on sheer adrenaline, and this is the place to go if you want to jump out of a plane, bungy off a cliff, or parasail off a mountain. 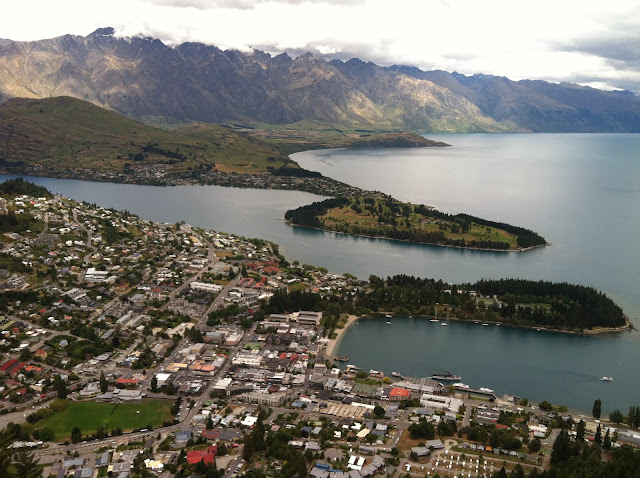 THE HOBBIT
I couldn't be in New Zealand during the premiere of the new Hobbit movie and not go see it. Thankfully, the others in my tour group were of a like mind, and we made a day of it. Movie feelings aside, it was so cool to see scenes set in places I'd hiked or viewed days earlier! 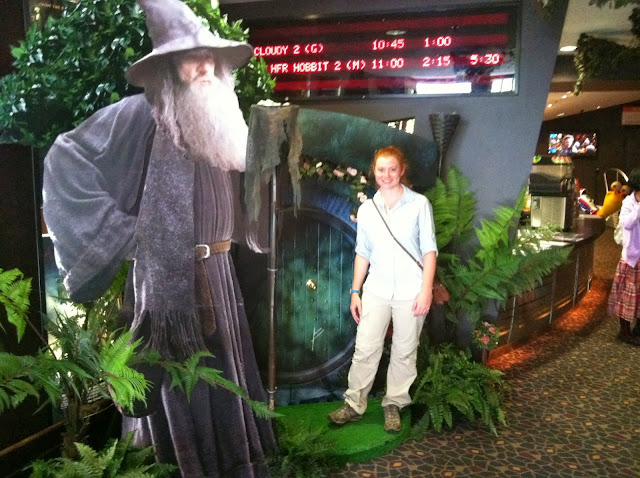 ORIGIN!
Hey, look at that! Origin is in New Zealand! I signed copies at two bookstores in Christchurch, and it was a pretty awesome feeling. 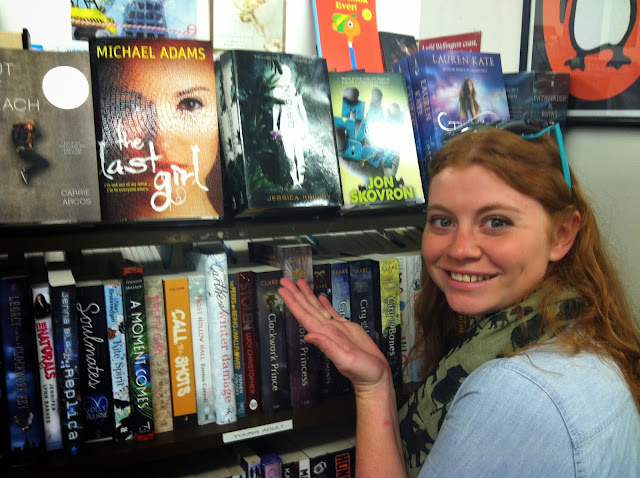 Some of the copies were here at Scorpio Books' Re:START Mall location. The Mall, built on the site of Christchurch's devastating earthquake of 2011. It's made out of storage containers and is pretty cool! 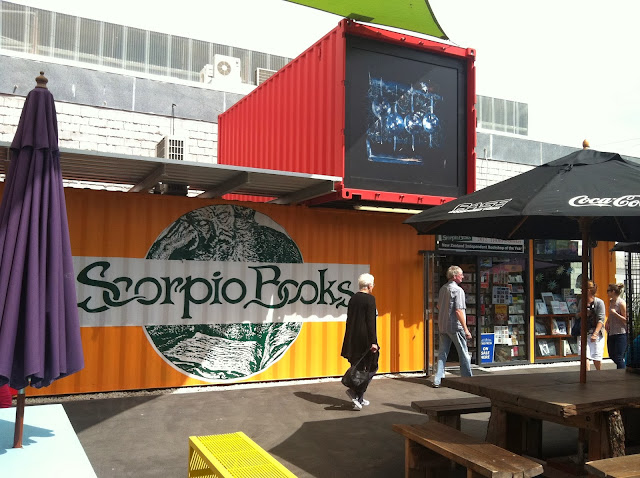 FLYING KIWI
I traveled with Flying Kiwi tours, a cool tour company perfect for people who want to do NZ, not just see it. We camped each night, rode bikes, hiked, and made some really cool new friends from all over the world. It was fantastic, and I'd definitely recommend Flying Kiwi to anyone going to NZ who's interested in making friends and also not having to worry about driving or accommodation. 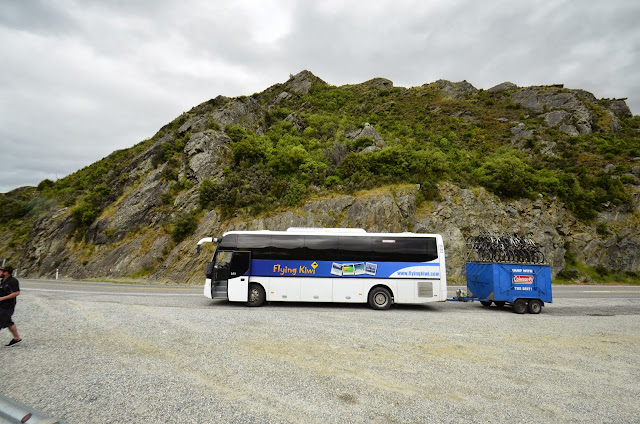 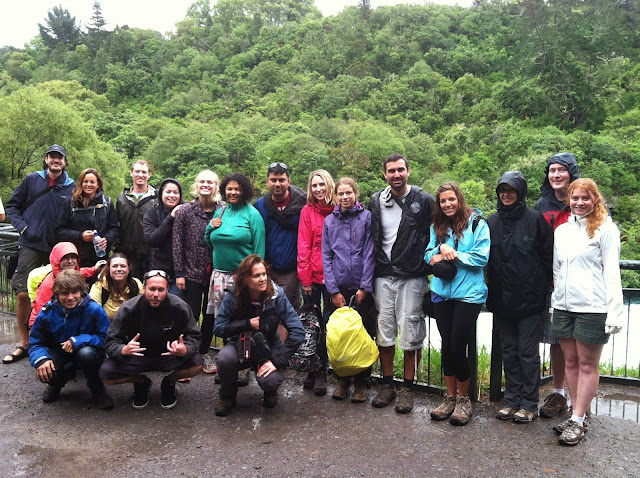