Yeah, so... I haven't posted in a while. Guilty as charged. Reasons for this tardiness:


2. Been busy developing other projects of which I cannot speak.


3. Been busy lying around on the couch, watching Downton Abbey, Hart of Dixie, etc. Some cool new shows I've found: Touch (kind of like a Lost meets Heroes thing, plus Kiefer Sutherland) and Awake (with that guy who played Hook in Peter Pan, can't remember his name). 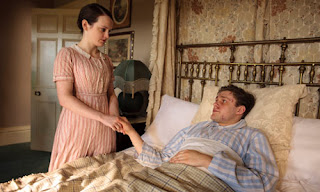 
4. Been busy trying to train my new pair of parakeets. Not going so well. I think I've only succeeded in terrorizing them with my affection. I think they hate me. Also, they may be homosexual. Not sure yet. Need to do more recon. 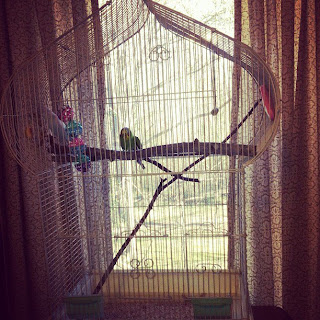 Puru and Kiwi. (What do you think, do they look gay?)


5. Been busy coaching my amazing team of ten-year-old soccer players. Bragging moment: they're undefeated. Also, they bring me apples at practice.  Booyah. >:-)


If those aren't enough excuses, don't worry--I've got plenty more if you want to hear them. Unfortunately, none of them are legitimate enough to justify my absence from the blogosphere. My bad.


But cool things are happening! For example, in two weeks I get to fly to New York City to meet what I am coming to think of as my Justice League of Superheroes: my agent, editor, and the wicked cool team at Razorbill and Penguin. Also, Hunger Games in IMAX in one week! Am psyched. 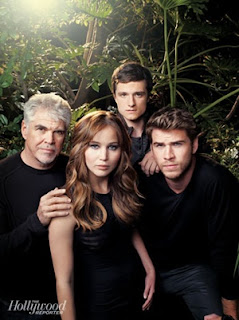 
Well, I'd keep posting but my six-year-old sister has just arrived and demands to be hugged and spoiled.