Female Archetypes We Haven't Talked About: Dark vs. Pale Beauties 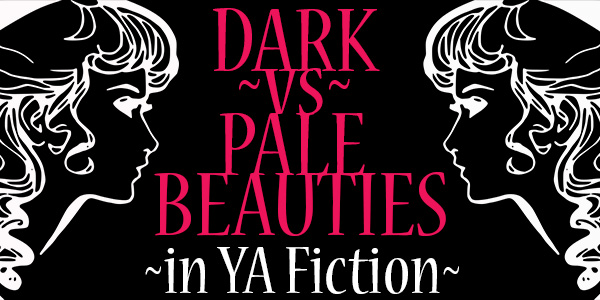 There has been a lot of discussion lately on the subject of female characters, particularly in YA circles, and it brought to my mind two archetypes we often discussed in my college English lit classes--but which I haven't seen mentioned in relation to the current female characters of YA Fiction.

I'm surprised we don't talk more about the subject of Dark vs. Pale Beauties in YA literature today (or has this discussion been strictly confined to undergrad literary criticism classes? I wouldn't be surprised.) Sure, we talk an awful lot about Strong Female Characters vs. Manic Pixie Dream Girls and a host of other hot, controversial catchphrases--but that of Dark and Pale Beauties is such an interesting dichotomy that I think it would really add to our discussion of female characters in general, especially now, when Female Leads are gaining popularity not only in literature but in film. So if I may, I'll drag out this old topic, dust it off, and try to glean some relevant discussion out of it.

Basics first. Let's all get on the same page here, in case we're not all Lit-Crit majors. Google is no help at all--search these terms and all it can offer is results on skin color, which is so not what these terms mean. I repeat: THESE TERMS DO NOT REFER TO SKIN TONE. Nor does the term "beauty" here mean the characters are necessarily physically attractive (I think it was originally coined to be more ironic than anything else, indicating the classical idealized female characters often portrayed in pre-20th-century literature).


So here are some brief definitions:

Does not mean: dark-haired, dark-skinned, or anything else to do with physical appearance.

Does mean: A female character who is "experienced," either in worldly matters, sexuality, violence, etc. She is independent, knowledgeable, jaded, often older (than a corresponding pale beauty), with some degree of power or at least semblance of power. She's likely to be strong-natured. She prefers to hide her weaknesses and exert authority over others. Her power is achieved through various means: physical ability, sexuality, manipulation, strength of character, vision, or will. Though she is often perceived to be the more villainous of these two archetypes, this is very often untrue of her. She's "street-smart." She will either disdain or envy the pale beauty, and in some cases seek to either "rescue" her from her innocence or protect her from becoming like herself.


Some examples of Dark Beauties:

Does not mean: fair-haired, fair-skinned, or anything else to do with physical appearance

Does mean: A female character who is primarily naive, inexperienced, sheltered, perhaps idealistic. She is dependent on others, though she may seek to break free and establish her autonomy. She may be a daydreamer, and if often mistaken to be meek and mild, or is pushed to be so. She is the "caged bird," often pressured to remain innocent and childlike. Seen as the embodiment of purity and sweetness, conflict often arises if she attempts to "grow up," or to shed her innocence. Many stories are built around a Pale Beauty attempting and either succeeding or failing to exchange her innocence for experience. Those around her who wish for her to remain pure will often speak for her, thus the Pale Beauty is often depicted without a voice--this does not mean she is weak, but rather that someone is attempting to press her into the Pale Beauty mold (interestingly, often they do so out of love, like the Elinor/Merida relationship in Pixar's Brave). This is the crux of "coming-of-age" stories. She will often either envy, despise, or attempt to emulate the Dark Beauty.

- Primrose Everdeen (The Hunger Games by Suzanne Collins)
- Elisa (The Girl of Fire and Thorns by Rae Carson) (though she does evolve as the story progresses)
- Clary Fray (The Mortal Instruments by Cassandra Clare) (another dynamic character!)
- Tris (Divergent) (yet another dynamic character--she is an example of a Pale Beauty attempting to exert the Dark Beauty she believes herself to be)
- Cassia (The Matched Trilogy by Ally Condie)
- Kathy (Never Let Me Go by Kazuo Ishiguro)
- Bitterblue (Bitterblue by Kristin Cashore) (another dynamic character--there are a lot of these in today's YA!)
- Rapunzel (Disney's Tangled)
- Christine (The Phantom of the Opera by Gaston Leroux)
- Dorothy Gale (The Wizard of Oz)

Something I love about current YA fiction is that the lines between these two types of characters are often blurred. I've seen many female characters who are experienced in survival but innocent in love (Katniss) or who might only appear to be innocent Pale Beauties until the story conflict cracks open their shell and releases the Dark Beauty inside. Many times this is the result of the character herself striving to break free of the Pale Beauty archetype (Tris or Bitterblue), but other times this transformation is made reluctantly, and they must be pushed by outside forces to achieve independence and experience (Elisa from The Girl of Fire and Thorns). 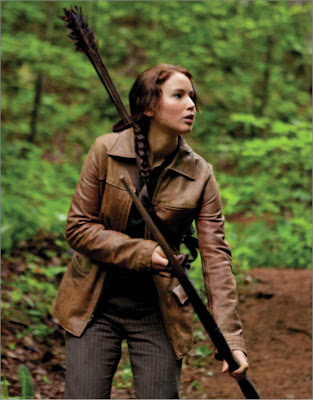 The reason I'm bringing these two archetypes up at all is because I think they shed an interesting and useful light on character development and, since characters drive stories, plot development. While not all female characters fit into these archetypes, they can be useful in discovering the personal motivation and plot line for our girls.

Is your character a Pale Beauty attempting to break free of her girlhood and establish herself as an autonomous Dark Beauty?

Does your character wish to remain a Pale Beauty, but is forced by circumstances to put her innocence and purity aside and become a Dark Beauty in order to survive?

Is your character a Dark Beauty who has committed some wrong, sacrificing her innocence, and does she seek to somehow redeem herself? Is she envious of the Pale Beauty's purity?

Does your story contain both? Do you have a Pale Beauty striving to remain pure while set against a Dark Beauty who strives to either control or destroy her? (Like in the classic Snow White story)

Are you taking a story which classically focused on a Pale Beauty and retelling it with the character recast as a Dark Beauty? (This often happens in fairy-tale retellings, such as Cinder by Marissa Meyer).


There are so many fascinating conflicts that can arise out of the juxtaposition of these stereotypes, whether those stereotypes occur in the same character or whether they arise between two opposite ones. It brings up some intriguing questions:


Will Pale Beauties always eventually become Dark, or can purity be retained through adulthood?

Is there room for both archetypes to exist simultaneously in one character?

Can a Pale Beauty be strong and independent without sacrificing her innocence?

What characteristics can be found with both archetypes?

What characteristics of these archetypes are true attributes, and which are projected onto the character by others?


These aren't questions I necessarily have answers to, but I'm fascinated by them and by stories that deal with them. Being conscious of these archetypes and applying them to our characters can help us achieve a strong level of emotional development.

These archetypes are particularly relevant to Young Adult literature, I feel, because so much of YA is about coming-of-age, the loss of innocence, the quest for autonomy, and the reinvention of one's self. If you look at all of the YA character examples above, you'll find that most of them don't begin and end as the same type of character. Elisa (A Girl of Fire and Thorns), Clary (TMI), and Triss (Divergent) are all prime examples of girls who start out sheltered, innocent, and dependent but who through the course of their stories become independent, experienced characters more in line with the Dark Beauty archetype than the Pale Beauty they started as. 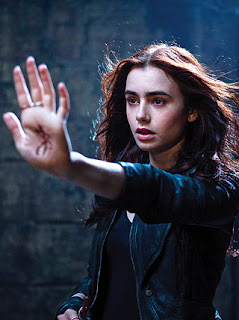 Something I do not want to suggest is that Dark Beauties are synonymous with "Strong" female characters while Pale Beauties are synonymous with "Weak" ones. That is a different discussion altogether, and though Pale-to-Dark character transformations do often coincide with "weak-to-strong," this isn't always true and these transformations are not mutually requisite. For example, giving Snow White a sword and armor does not turn her from a Pale Beauty to a Dark One, though it does (to some degree) turn her from a weak character to a strong one. She retains her purity and idealism despite becoming strong--which goes to show that a character need not be a Dark Beauty in order to display strength of will and character. Pale Beauties can have these traits, though others may attempt to strip them away. 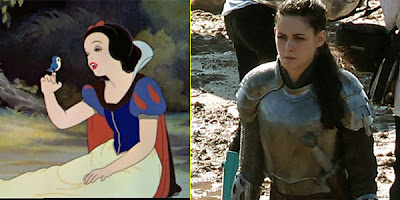 Nor do I suggest that either archetype is more or less morally "good" than the other, though the semblance of goodness is attributed more to the Pale Beauty by other characters in her society (whether or not it is true, it is nevertheless inherent in the archetype and can provide an interesting source of drama if you have a Pale Beauty who is not quite as good as everything thinks she is). For example, one of my favorite pairings in pop culture: Galinda and Elphaba from Wicked. Galinda embodies the innocent purity of the Pale Beauty while Elphaba's Dark Beauty-like autonomy earns her the hatred of Oz's populace--yet if you are familiar with their story, you'll know that these archetypes have little bearing on each girl's actual morality (other than to provide delicious irony). 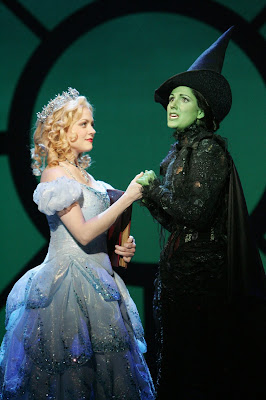 Pushing these two archetypes to the extreme results in stereotypes and caricatures of the Disney variety, which, though is acceptable to a degree in children's cartoons, is to be avoided in literature. What proves to be far more realistic and interesting is the blends created by these two archetypes rather than the black-and-white contrast of the Good Pale Beauty vs. the Evil Dark Beauty as in, say, Cinderella vs. The Wicked Stepmother. 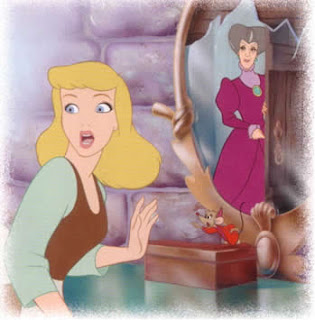 Sorry for how ridiculously long this post is! I could probably go on another yard of blog-space before running out of steam on this topic. What I hope you take away from this is a character development tool you can apply to your own writing--particularly the questions I list above, and others like them.

In the comments, I'd love to hear your thoughts!