Thank you to all who entered! And stay tuned for the next
YA Scavenger Hunt! 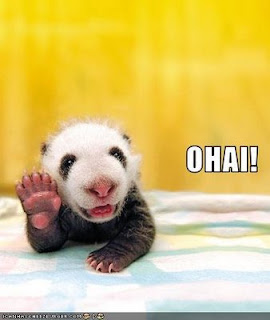 Welcome to my blog

Whew!
What a race!
Are you exhausted yet? Here, have some water: 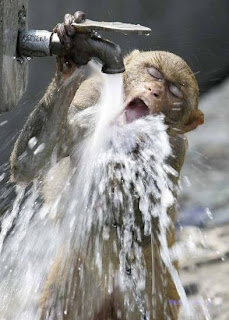 New to the hunt?
On this hunt, you not only get access to exclusive content from each participating YA author, you also get a secret number. Add up the numbers, and  enter it for a chance to win a major prize--one lucky winner will receive at least one signed book from each author on the hunt in my team (for a total of 27 books! And that's not even including the giveaways many of us authors are doing on our own! For example--I'm giving away FIVE books right here!) But play fast: this contest (and all the exclusive bonus material) will only be online until noon PST on Sunday August 5th!
You can start right here or you can also go to the YA Scavenger Hunt homepage to find out all about the hunt. There are TWO contests going on simultaneously, and you can enter one or both! I am a part of the RED TEAM--but there is also a blue team and if you do the blue hunt you'll have a chance to win a whole different set of signed books! 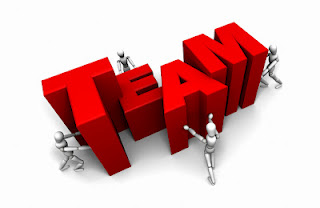 If you'd like to find out more about the hunt, see links to all the authors participating, see the full list of prizes up for grabs, or if you get lost along the way, go to the YA Scavenger Hunt homepage.

Directions: Below, you'll notice that I've listed my favorite number. Collect the favorite numbers of all the authors on the red team, and then add them up (don't worry, you can use a calculator!). Hint: the secret number is highlighted in RED.
Entry Form: Once you've added up all the numbers, make sure you fill out the form here to officially qualify for the grand prize. Only entries that have the correct number will qualify.Rules: Open internationally, anyone below the age of 18 should have a parent or guardian's permission to enter. To be eligible for the grand prize, you must submit the completed entry form by August 5, at noon Pacific Time. Entries sent without the correct number or without contact information will not be considered.Now that all the technical stuff is out of the way, I'll introduce the author I am hosting on this hunt. I am super excited to be hosting... 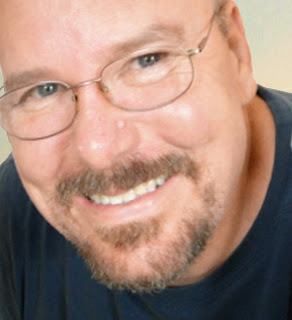 David has been a house painter, cafe­te­ria man­ager, book­store schleper, high school teacher, and col­lege pro­fes­sor. He now lives on the Car­olina coast with his fam­ily, plus four­teen fish, two res­cued dogs, and a noc­tur­nal mar­su­pial (I need more explanation on that last one--what is this marsupial of yours, David? So mysterious...) Check him out at his website to find out more!

David is the author of BLACK HOLE SUN and INVISIBLE SUN. 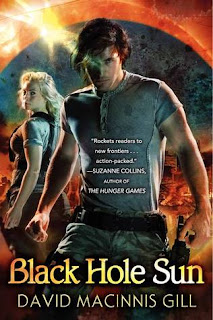 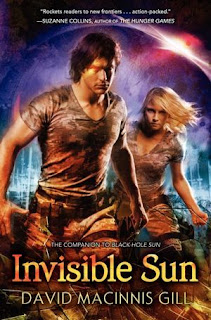 You don't want to mess with Durango.He left his crew behind.His father is dead.And he's going to prove himself to Vienne, even if he dies trying.As he races through floodand fire and across a violentand terrifying planet, there's a 97% chance he'sgoing to die trying.But who's counting.

SO COOL! If the kickin' cover art and that synopsis don't convince you these books are MUST reads--let Suzanne Collins, author of the HUNGER GAMES: she says BLACK HOLE SUN "“Rock­ets read­ers to new fron­tiers … action-packed.” Plus, it's gotten a starred review from Booklist and Laurie Halse Anderson says, "In the best tra­di­tion of Hein­lein and Fire­fly, Black Hole Sun is for read­ers who like their books fast-paced, intense, and relent­less." OKAY. Sign me up. I'll take 7 of each, please!
__________________
Thank you so much for visiting my blog! While you're here don't forget to enter the bonus contest I am running exclusively during the YA Scavenger Hunt.I will be giving away a BOXED SLIPCASE packed with ARCS of ALL the Fall 2012 Breathless Reads from Penguin Teen! This includes VENOM by Fiona Paul, BLACK CITY by Elizabeth Richards, THE INNOCENTS by Lili Peloquin, FALLING KINGDOMS by Morgan Rhodes, and ORIGIN by Jessica Khoury. This is HUGE, people! To be eligible to win enter on the Rafflecopter below! 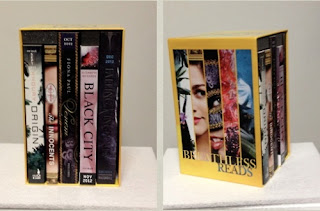 
and it includes my YA debut ORIGIN! 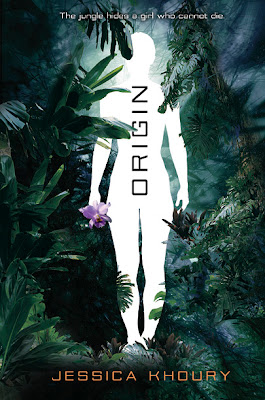 Scroll down past the Rafflecopter widget to find the link to the NEXT author on the hunt!
a Rafflecopter giveaway

Ready to move on to the next blog in the hunt? Click here!
Posted by Jessica Khoury at 1:12 PM